A More Personalized Approach to Your Recovery.

Each injury or pain experience is as unique as each individual. That’s what makes Integrated Physical Therapy different: our approach puts your personal situation and goals at the center of your treatment plan. Perhaps you’ve already discovered that many other physical therapy centers take a “cookie cutter” attitude toward each patient. We believe that one size does not fit all.

Combining the Best of All Therapy Types.

Most physical therapy centers subscribe to one therapy type. At Integrated Physical Therapy, we have the luxury of being versed in a wide range of hands-on therapeutic modalities, enabling us to totally customize your therapy experience.

What does that mean? It means that you have the right to obtain services from our therapist where and when without first having to see and obtain a prescription or referral from your physician. At Integrated Physical Therapy we offer a 1 hour comprehensive muscular skeletal assessment. IPT clinicians can assess and treat you within the first 72 hours of your injury. This will drastically improve recovery time. Treat for 30 days to address your injury or pain after which point you can be referred to the best direct M.D. or specialist for your problem. Integrated Physical Therapy can direct you through the health care continuum faster. 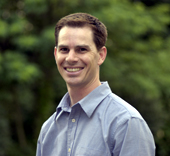 Lawrence Grello graduated from Neumann University with a Master of Science in Physical Therapy. Larry received his Bachelor of Science in Allied Health from Widener University. While working on his Masters and Bachelor Degrees, Larry worked full time as a Physical Therapy Assistant. Larry has worked within clinical facilities affiliated with professional sports teams in NY and PA. Working in various orthopedic clinical facilities, Larry worked with Orthopedic Sports Physicians whereby he gained extensive clinical knowledge and expertise in the treatment of athletes. Larry was given the opportunity to study and work for one of the leaders of Myofascial Release in Paoli, PA. It was through all this experience and knowledge gained from these mentors, his clinical experience and continuing education that Larry was able to personally develop a method of evaluation and treatment process unique to most physical therapy that Larry opened his first clinical facility; Integrated Physical Therapy in 2004 in King of Prussia. By 2008 a second office was opened in Rosemont.

As the owner of Integrated Physical Therapy, Larry ensures that every therapist he employs implements the treatment philosophy and model gained and developed over the 20 years of clinical experience and extensive clinical experience whereby every patient receives a totally different and unique non cookie cutter experience. Integrated Physical Therapy takes a more personalized approach to your treatment and care; getting to the cause of your pain. We consider biomechanical ways of looking at your body. 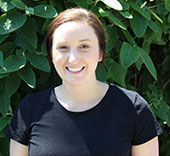 Dr. Caitlin Trevino has always had a passion for helping others, but her appreciation for physical therapy grew in high school following a hip injury as a soccer player. She never liked to sit on the sidelines and watch the game, so she was thrilled to learn there was a career that helped others get back to doing what they loved the most. The way her physical therapist incorporated personal goals into her treatment inspired her to same in her practice.

Caitlin earned her Doctorate of Physical Therapy from Neumann University in 2014 following her Bachelor of Science degree in Kinesiology: Exercise Science from LeTourneau University in Longview, Texas in 2009. During her undergraduate degree, she played for the University’s Women’s Soccer team as a defensive player. She joined Integrated Physical Therapy’s team in 2014.

Outside of work, Caitlin enjoys spending her spare time with her family, especially her newborn daughter, cooking, reading, traveling, playing soccer, and volunteering. 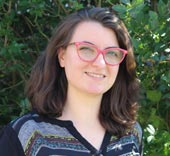 Emanuela Mannino’s passion and fascination with physical therapy started at the young age of 13 when her 23 year old cousin shattered his shoulder blade in a car accident. A surgeon reconstructed his shoulder blade yet the road to recovery was long. He spent months working with a physical therapist to regain full use of his arm. She spent the entire summer making sure he followed through with his home exercise program. She pushed him by giving him her own inventive exercises. She considers him to be her first success story.

Fast forward 9 years later in 2011, she left Italy to pursue her studies in the United States. She received her Bachelor’s degree in Exercise Science from West Chester University of Pennsylvania in May of 2014. Followed by her Doctorate of Physical Therapy from Arcadia University in January of 2017.

While at Arcadia, through affiliations she gained experience with populations with chronic neurological conditions including multiple sclerosis, Parkinson’s, and spinal cord injuries. During an extended clinical rotation, she was able to practice LSVT Big with the neurological populations and further her education with the Maitland approach. Upon graduation, she continued to explore the various settings of physical therapy including outpatient, acute care, long term care and home health with geriatric populations.

Emanuela continues to be fascinated by the resilience of the human body daily and the innovated ways she can apply physical therapy to help her patients manage pain, regain mobility, and more. She is glad to have found a clinic that believes in advancing the field of physical therapy by integrating various techniques and approaches to treat the whole person. Emanuela treats every patient like family: helping them reach their goals.

This site uses cookies to improve your user experience.

NOTE: These settings will only apply to the browser and device you are currently using.

This site uses cookies to improve your user experience.